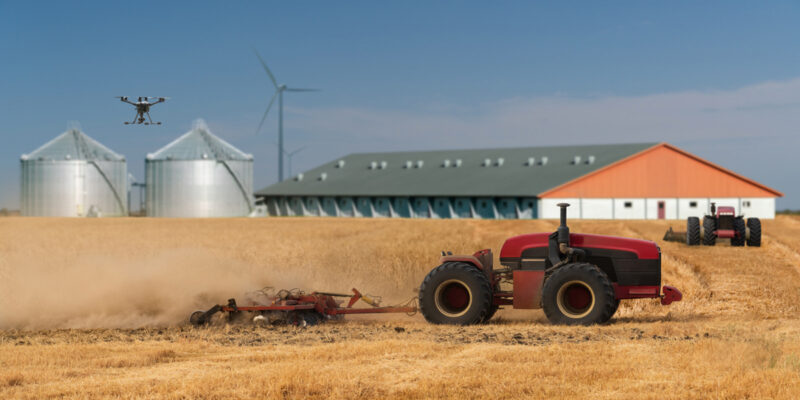 Farm of the Future

What AI Down on the Farm Could Mean for Rural America

Brian Carroll lifts his hands, sweeping his palms across a field several green tractors have just begun tilling up, and paints a picture. “Wouldn’t it be great to look like the Epcot Center in Florida, where you have the experimental prototype community of tomorrow?” he asks. “Except here you have the farm.”

Carroll is spearheading an effort to build an agricultural Tomorrowland on 40 acres of black dirt just outside of Horace, North Dakota. The director of operations at Emerging Prairie, a non-profit dedicated to fostering entrepreneurship in North Dakota, he’s overseeing Grand Farm, an initiative launched at the end of April that is in the running—competing with indoor operations like Iron Ox—to create the world’s first fully autonomous farm by 2025.

Farm may be a misnomer, however, because while Grand Farm will include some fields growing crops like corn, soy, and wheat, even those will most likely be for field testing more than actual production. Described as a “a laboratory for entrepreneurs and ag tech companies,” the effort will include a business accelerator, robotics lab, makerspace, and code school called Emerging Digital Academy.