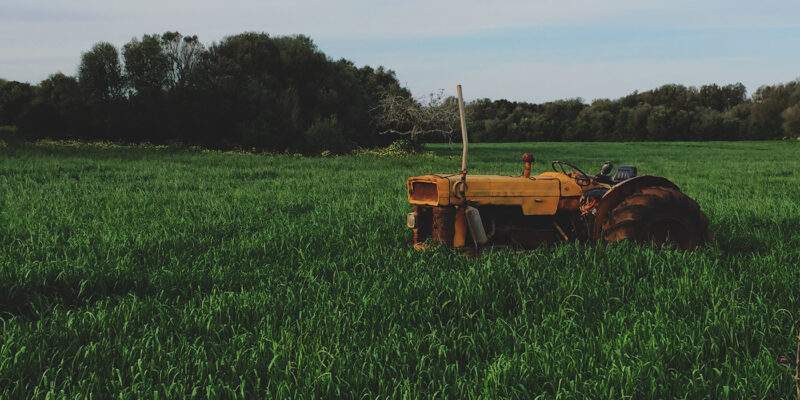 Farm For Your Future

Is agriculture the way out of student debt?

A 27-year-old has managed to pay off all of her student loans in three years by farming using permaculture, which emphasizes sustainable farming methods used by small farms. This approach would not only be beneficial for the environment, but would also help both the agricultural industry and young people who are looking for ways to improve their financial situation.

Here is more on Yuna Winter and how what she’s doing could have an impact on reviving the agricultural industry:

She’s also incredibly serious when it comes to permaculture, the increasingly popular style of sustainable farming that works in concert with nature rather than trying to control the land.

See, Winter’s radical plan to destroy the agricultural status quo includes advocating for a millennial migration to the countryside, where she thinks farming might just be the remedy for a generational malaise. Farming could use an injection of youth: according to the U.S. census, the average age of the American farmer rose from 50.5 years in 1984 to 58.3 in 2012. There is evidence that young farmers are interested, but only Rhode Island and Massachusetts have seen growth figures in young farmers.

Policymakers are starting to earmark funds to entice young farmers—Delaware has instilled a program that helps young farmers purchase land, and the USDA’s National Institute of Food and Agriculture distributes about $20 million per year in competitive grants to would-be farmers in their Beginning Farmer and Rancher Development program. But it doesn’t take a grant to make money from farming—just ask Winter.

“Explain to [millennials] that farming actually generates enough money in three years to pay off all your student loans,” says Winter, who works on the farm owned by her mom and her stepdad, Papa James, a longtime permaculturalist. “You can make about $80,000 on a half acre—if you know how to farm, and if you’re willing to move away from the city. Old retired farmers get tax bracket changes if fallow land is turned to actively farmed land. They have a fiscal incentive just to let someone farm that land.”

Once people are convinced of farming’s fiscal benefits, Winter wants to make sure that they do it right, which in her view means adhering to permaculture and sustainable farming practices—and that usually means keeping it small. According to the United States Department of Agriculture 2014 Agriculture and Food Statistics report, today’s farms are fewer and bigger. So much so, in fact, that just 10 percent of farms own more than 70 percent of the cropland in America.

For now, the farm is on the tail end of apricot season, and just getting into plums, peaches, and green beans. She spends her weekends at farmer’s markets, where she sells fresh produce as well as fruit that is dried on a solar- and wind-powered drying deck.

“We use a lot of the overripe products, the ones that are bruised or too ripe to market, we dry them, and then we can sell them in the winter,” says Winter. “It works really nicely, and it’s small enough that he can make a nice living off of it, which is really impressive.”

Agriculture can be big and scary when it’s left to its own devices, but when someone brings it down to size, and opens themselves up to the world as Winter so often does online, it reminds us that food is grown by people. When she shares insights as to what a farm’s place in the world is in 2016, she opens up a discourse about the state of farming that just might help shape the landscape for a more sustainable future. For now, she’s content with trying to shape minds.