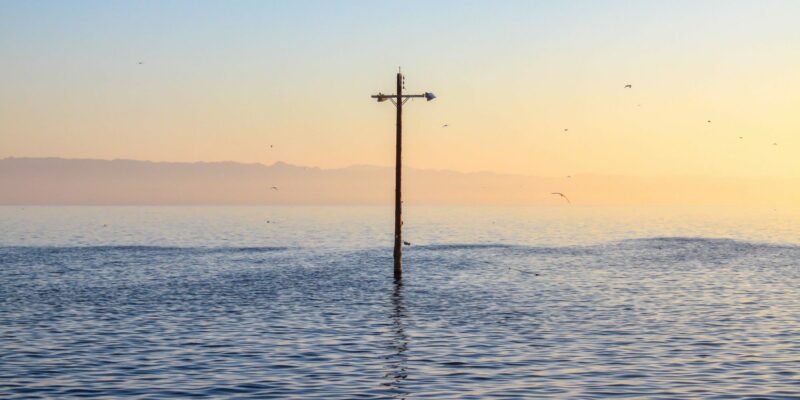 The island town is sinking

Isle de Jean Charles in Louisiana is an island and town that is home to “America’s first climate refugees.” Due to the combination of sea level rise caused by climate change and pipelines built by oil and gas companies, only two percent of the land from 1955 remains today. To address this and the constant flooding, the government is currently funding a resettlement project to relocate all of the residents of Isle de Jean Charles.

And this town isn’t alone:

The residents of Isle de Jean Charles won’t be alone in their exodus. There will be up to 13 million climate refugees in the United States by the end of this century. Even if humanity were to stop all carbon emissions today, at least 414 towns, villages, and cities across the country would face relocation, according to a study published in the Proceedings of the National Academy of Sciences. If the West Antarctic Ice Sheet collapses, researchers predict that the number will exceed 1,000.

And this isn’t a distant threat. At least 17 communities, most of which are Native American or Native Alaskan, are already in the process of climate-related relocations. Yet despite its inevitability, there is no official framework to handle this displacement. There is no U.S. government agency, process, or funding dedicated to confronting this impending humanitarian crisis.