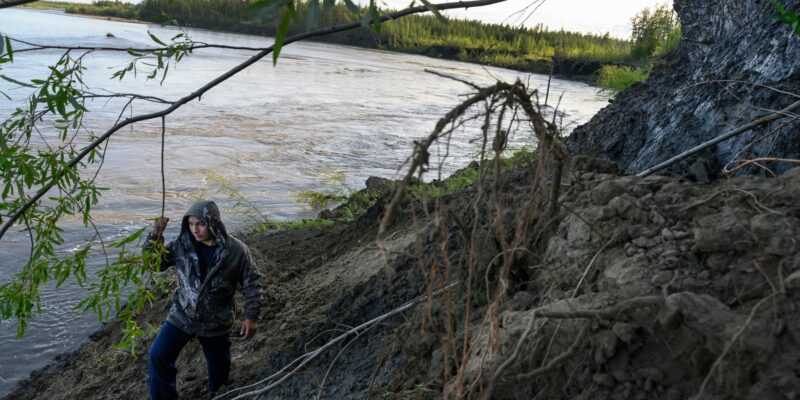 End of the World

ON THE ZYRYANKA RIVER, Russia — Andrey Danilov eased his motorboat onto the gravel riverbank, where the bones of a woolly mammoth lay scattered on the beach. A putrid odor filled the air — the stench of ancient plants and animals decomposing after millennia entombed in a frozen purgatory.

The skeletal remains were left behind by mammoth hunters hoping to strike it rich by pulling prehistoric ivory tusks from a vast underground layer of ice and frozen dirt called permafrost. It has been rapidly thawing as Siberia has warmed up faster than almost anywhere else on Earth. Scientists say the planet’s warming must not exceed 1.5 degrees Celsius — but Siberia’s temperatures have already spiked far beyond that.