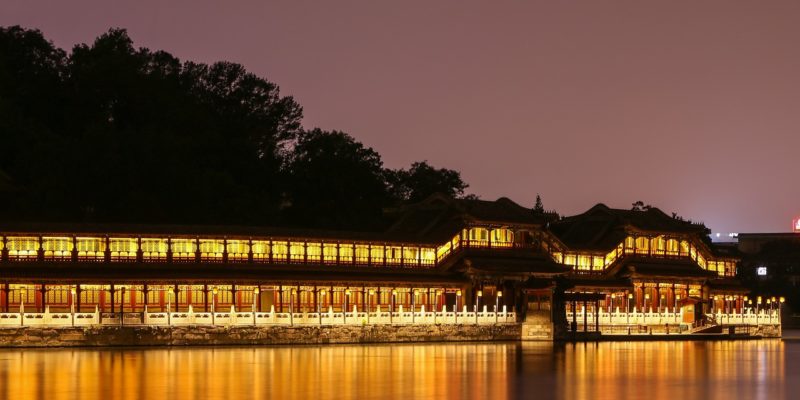 The Emerald Necklace of Beijing

China has attempted to address its pollution problem in many ways, including fining the biggest polluters, investing in green energy, and ensuring officials actually enforce environmental standards. Despite these improvements, China’s pollution levels remain among the highest in the world. Now, Hebei Province, which surrounds Beijing, is creating a “green necklace” of trees to combat pollution.

But skeptics argue that Beijing’s pollution problem must be solved not by trees, but by shuttering the coal plants contributing to the smog:

China has tried ambitious tree-planting projects before to address environmental problems. The most famous have been in the Inner Mongolia region and other parts of northern China, where people have been ordered or encouraged to plant trees to hold back the spread of the Gobi Desert. Scientists have debated the extent to which those measures help, and deserts have continued expanding in critical regions.

Some environmental experts say the real solution to the pollution crisis around Beijing and Hebei is to shut down significant numbers of steel factories in the region. Powerful official interests and state-owned enterprises have opposed such moves.

On Thursday, Anders Hove, an associate director of research in the Beijing office of the Paulson Institute, which does environmental advocacy work, commented on the “green necklace” plan on Twitter. “Cutting Hebei steel emissions would be both cheaper and faster,” Mr. Hove wrote. “But widely perceived as too hard.”