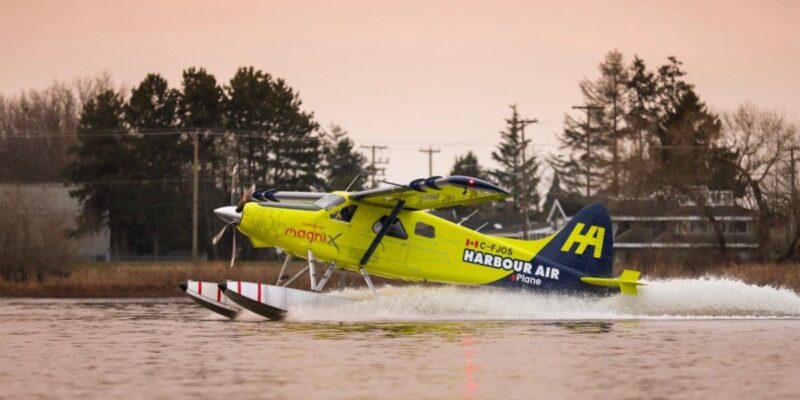 It was a short but historic moment on the Fraser River on Tuesday morning as Vancouver-based Harbour Air completed the debut test flight of what aims to be the world’s first fully electric commercial aircraft.

Harbour Air founder and chief executive Greg McDougall took off solo in the bright yellow retrofitted DHC-2 de Havilland Beaver float plane, and spent three minutes in the air over Richmond, B.C., before circling back and landing in front of a crowd of roughly 120 onlookers and media.

“It was good, like a Beaver on electric steroids,” said McDougall, smiling on the dock immediately after the flight. “It was definitely smooth and a lot quieter than the piston [engine], that’s for sure.”

McDougall’s flight is the first exercise in what is expected to be a two-year process to get the e-plane certified for commercial use.

How Climate Change Is Already Diminishing The Colorado River