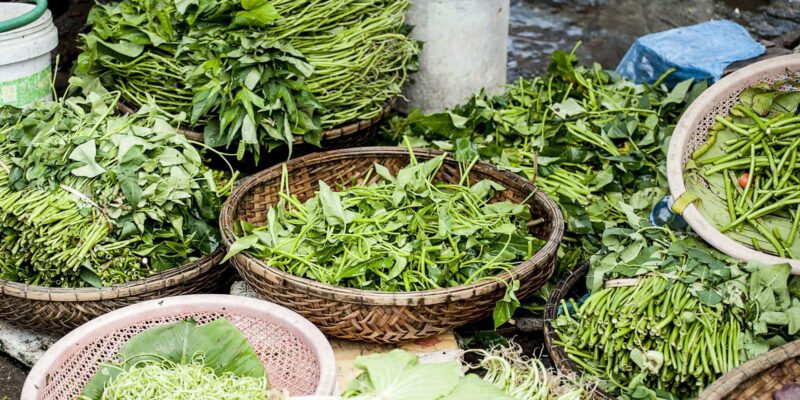 With Food Forward’s food collection programs, it’s easier than ever

A Los Angeles nonprofit called Food Forward has streamlined the food donation and distribution processes and made them so efficient that they feed more than a million people per year. Food Forward has three programs designed to tackle the simultaneous problems of produce waste and food insecurity. From giving farmers who donate produce tax deductions to sending volunteers to collect from private properties, the nonprofit has succeeded in changing the food rescue process.

Learn more about the programs and their impact:

According to Charles Dandino, a long-time volunteer with Food Not Bombs, Food Forward has streamlined the donation collection process, freeing up precious volunteer time for cooking and meal service.

Until recently, Food Not Bombs volunteers would solicit donations from each individual farmer, sometimes ending up with an imbalanced haul—say, 60 pounds of tomatoes and two heads of lettuce. Today, things are much different.

“Food Forward has centralized the food collection from farmers, weighing it out, and giving receipts so farmers can get a tax deduction,” says Dandino. “Plus, each organization gets a variety of produce. The record keeping is outstanding, and they’ve streamlined the entire process as the central hub.”

Food Forward started in 2009, during the recession, as a tiny volunteer gleaning group. At the time, professional photographer Rick Nahmias was on a walk in his San Fernando Valley neighborhood when he noticed the large amount of mature citrus trees in residents’ front and backyards, leftovers from the commercial citrus orchards that once blanketed the valley.

The remnants of the area’s agricultural history still produced tons of fruit each year, but most of it fell to the ground to rot, be carried off by squirrels, or worse, be tossed into the trash.

For Nahmias, the waste didn’t make sense, especially while people stood in line at the food pantry just a few blocks from his Valley Glen house. In Los Angeles, an estimated 1.4 million people are food-insecure, lacking regular access to healthy, affordable, nutritious food.

In California nearly six million tons of food products are dumped annually and food waste is the largest single source of waste. According to a 2014 study by the California Department of Resources Recycling and Recovery, food comprises 18.1 percent of the state’s total waste stream or 5,591 tons a year.

Food Forward began with the Backyard Harvest Program, which sends volunteers to more than 525 private and public properties in Los Angeles, Ventura, and Santa Barbara Counties to glean. Within 48 hours of collecting the produce, the volunteers deliver it to direct service agencies for free.

In 2012, Food Forward took another step forward, launching the Farmers’ Market Recovery Model. Currently operating at two Ventura and 17 Los Angeles-based farmers’ markets, it is the only formal, market-endorsed system in Southern California for farmers that want to donate their unsold produce to hunger relief agencies. Food Forward volunteers canvass farmers at the end of the market day, collecting donations of unsold produce, fruits, nuts, and dried fruit.

“When farmers realized they could get a tax donation for the amount of pounds they donate, lighten their load driving back to the farm, and help people in need, it was a no brainer,” says Nahmias. “We were able to architect a reliable, professional system. We were there week in and week out, and we were transparent about where the food was going. We would tell them exactly how many pounds went to each agency, and all of the agencies were local. These were folks in the same neighborhood who were in need, and so it had a very low carbon footprint.”

The first year the program was in place, with one half-time employee and a borrowed truck, they expected a yield of about 300,000 pounds of food, but received way more—4.3 million pounds in total. Now, a manager coordinates donations and pick-ups, which can run upwards of 15,000 pounds per truck.