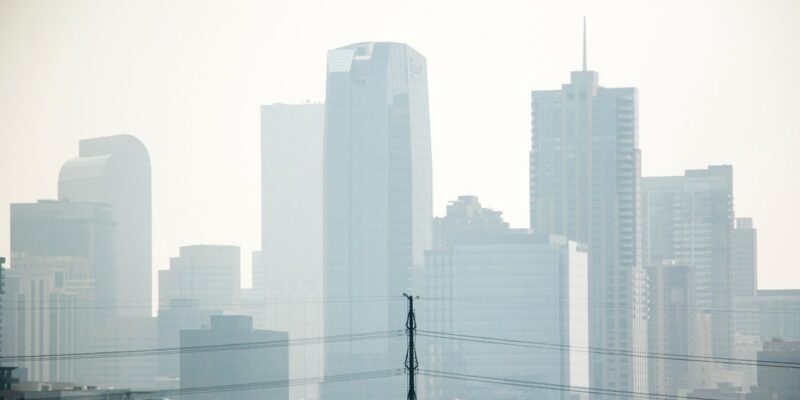 The move, which the EPA finalized Monday, lowers the ozone status of Denver and eight other northern Colorado counties from “moderate” to “serious.” That will force the state to work harder to reduce harmful pollution but also bring tougher and costly regulations for businesses.

Gov. Jared Polis took the unusual step of inviting the EPA to downgrade the rating, saying in March that Colorado would no longer ask for an exemption from standards by claiming some of the pollution was drifting into the state from elsewhere.

He said in August it was time to stop “sugar-coating” Colorado’s air problems.

The reclassification requires the state to revise its plan to reduce ozone-forming emissions, which can aggravate asthma and contribute to early deaths from respiratory disease. Ground-level ozone is the main component of smog, and it’s created from pollution emitted by vehicles, industries, solvents and other sources.

Denver and the northern Colorado urban corridor have struggled to meet EPA ozone standards for 15 years. In addition to Denver, counties affected by the change are Adams, Arapahoe, Boulder, Broomfield, Douglas, Jefferson, Larimer and Weld.