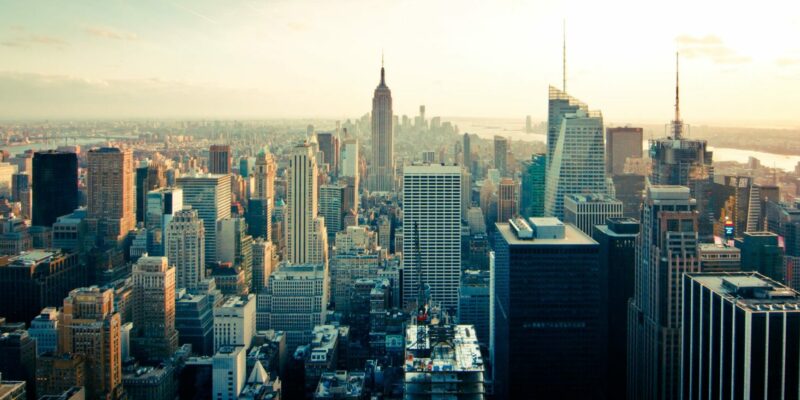 Are dense cities the solution to the environmental strains of a growing population?

Cities are great for a whole host of reasons, and if we can find ways to make them denser and more efficient, they can become great at saving the environment, too.

How can that be true if cities are mostly seen as smog filled, cramped, and overcrowded? The answer lies in density and efficiency. Every perfect lawn and McMansion built in a suburb takes more energy to run than a city high-rise. People living close together also reduces their carbon footprint. People in cities often walk, carpool, or take public transportation, which reduces greenhouse gas emissions. When people live close together in a smaller space, they pool their resources and collectively use less water, gas, and energy as a whole. Still skeptical?

A research study from ASU called Project Vulcan actually quantified the output of carbon dioxide and nitrogen oxide emissions from “individual factories, power plants, roadways and neighborhoods on an hourly basis” in 2002. The conclusion was clear: the emissions from large urban metropolitan areas are lower than the emissions of suburbs or smaller, less populated cities.

So the idea of cities being a better choice for the future of the environment isn’t exactly new. But now urbanists are talking about density as a new piece of the puzzle. Beginning around 2013, density started being discussed in the same breath as efficiency. Not only do we need to make cities more efficient, we need to make them more compact. If you make cities both more efficient (through the use of solar panels, water conservation efforts, and so on) and more dense (through more people living in close proximity), the benefits are maximized more than just being efficient or dense alone.

That’s not to say that density is a perfect solution, however. In fact, there are several critiques of urban density, including stress on infrastructure and loss of sunlight. The good news is that solutions to the density problem could come from sourcing insight from the citizens themselves. Dr. Christopher Boyko, senior research associate at Lancaster University, suggests in a Guardian article from 2014 that the people making decisions about density should be the residents and officials of the city itself, and not the group of architects, town planners, and engineers building the city and then living elsewhere.

Despite its potential drawbacks, rents are climbing nationwide and smaller housing is becoming trendier every year (there’s even a micro hotel now in New York City). It seems like the density-plus-efficiency equation could provide some real relief to the energy and housing problems facing us now and in the future.