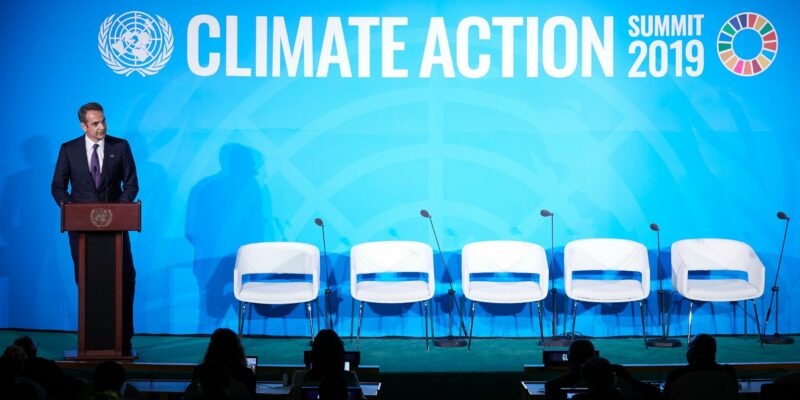 Addressing the United Nations Climate Summit in New York on Monday, Greek Premier Kyriakos Mitsotakis announced that Athens will hold an international summit at the level of heads of state and governments to address the risks posed by climate change to the world’s cultural heritage.

This announcement was made by the Greek Prime Minister as part of his administration’s initiative to raise global awareness about the threats climate change poses to global monuments and cultural treasures across the globe.

Mitsotakis said that the repercussions of climate change were already visible, and underlined that by the end of 2019 the Greek government will adopt a new national policy for energy and the climate that will include a ban on single-use plastic starting in 2021, the shutdown of lignite-run power production units by 2028 and the increase in the share of renewable resources to 35 percent by 2030.

“Our goal is to shut down all lignite-run electricity production units by 2028, and we plan to ban all single-use plastics throughout Greece by 2021.”