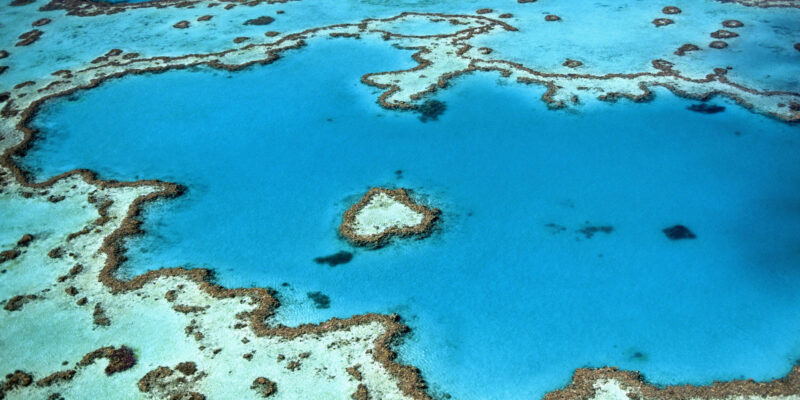 Coral Bleaching: The Good, The Bad And The Ugly

As two-thirds of Australia’s Great Barrier Reef are severely affected by coral bleaching, we take a look at what causes the phenomenon

Coral bleaching is making headlines again as the Australia Research Council finds that thousands of miles of the Great Barrier Reef display new signs of possibly irreparable damage. According to the United States National Ocean Service, “when corals are stressed by changes in conditions such as temperature, light, or nutrients, they expel the symbiotic algae living in their tissues, causing them to turn completely white.” Coral requires algae for survival, and thus, while it can recover from bleaching, if the algae loss goes on for too long, the coral can die. It took the current living Great Barrier Reef 20,000 years to form, but it could be wiped out very quickly.

Climate change exacerbates coral bleaching because it causes global sea surface temperatures to rise. Other environmental factors, such as the climate cycle El Niño (which also causes ocean temperatures to rise) as well as the presence of crown-of-thorns starfish and water pollution, contribute to coral bleaching. Scientists are primarily concerned with what’s known as mass bleaching, where large portions of coral under high amounts of stress turn white all at once. The main problem is that coral requires about ten years to recover from the phenomenon, and lately coral bleaching has been relentlessly occurring on a mass scale in several parts of the world.

The Great Barrier Reef, the largest coral reef system in the world, is believed to be in a “terminal stage” after two consecutive years of mass bleaching took place—in 2015, due in large part to El Niño, and again this past year despite the absence of the climate phenomenon usually associated with bleaching. Researchers who have studied coral reefs for years are alarmed that bleaching is occurring more often due to climate change and are even changing the way they approach coral science in order to focus on its recovery.

But the Great Barrier Reef isn’t the only area in danger: Huge portions of coral in the Indian Ocean as well as the Caribbean are also vulnerable. And the effects of coral deaths are not only perilous to the oceanic environment, since many fish use coral as shelter, but to human lives as well. For example, experts fear that communities that depend on fishing for nourishment as well as for work could experience hunger and poverty that would lead to major instability.

If there’s a silver lining, it’s that some officials believe that the latest onslaught of bad news may actually inspire governments, such as Australia’s, to get a move on and take a more serious approach to combatting climate change.