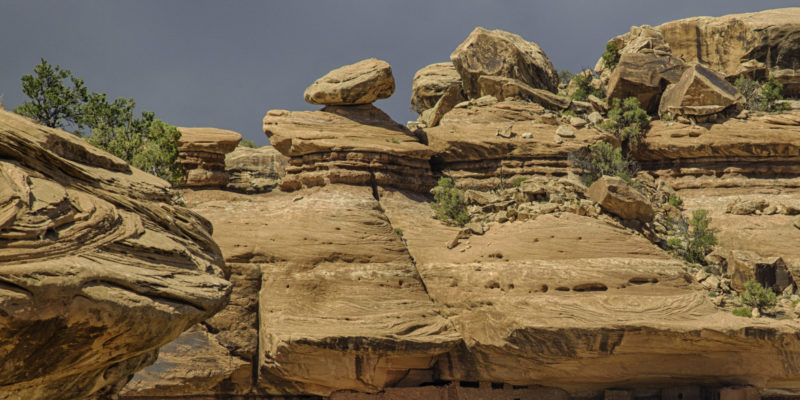 As President Trump prepares to do so next week

As President Trump is expected to announce that he will shrink both Bears Ears and Grand Staircase-Escalante national monuments next Monday, an op-ed in the Los Angeles Times points out the ramifications of this decision, including the hit to the outdoor recreation economy, the loss of the scientific study of fossils, and the destruction of a piece of history and culture.

Learn more about the consequences here:

Since designation, Grand Staircase has become a paleontology hot spot, the only place in North America where we can study in detail the causes of dinosaur extinction. New dinosaur species turn up there regularly — and paleontologists have surveyed only 6% of the monument. Thousands of fossils come from the Kaiparowits, the very place the Utah delegation imagines transforming from national monument to coal mine.

Our “science monument” also turns out to be good for local business. Hunting, fishing and existing mining claims continue; 95% of the monument is grazed by livestock just as it was before monument designation. Gateway communities such as Kanab, Escalante and Boulder have seen increases in population, jobs, personal income and per capita income that mirror other Western counties with protected lands.