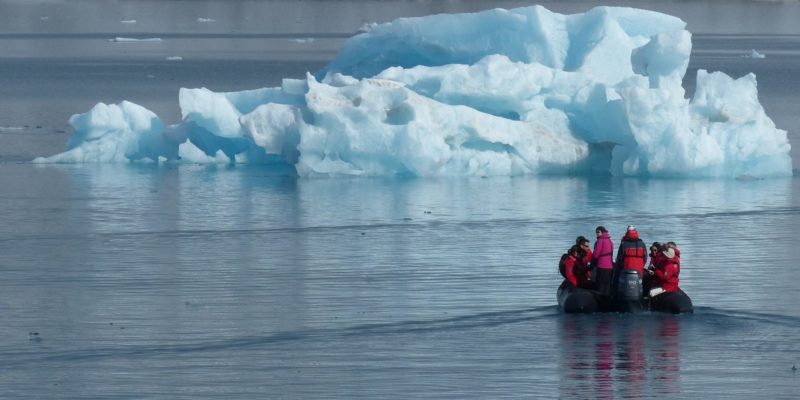 The ice conditions are no longer suitable for navigation

In a twist of fate, a recent expedition led by climate scientists off the coast of Newfoundland was cut short due to, what else, climate change. Ice that had traveled down from the High Arctic threatened the researchers’ safety as they embarked on a mission to study the environmental and public health impacts of climate change.

Here’s the incident in all its irony:

About 40 scientists from five Canadian universities were scheduled to use the icebreaker CCGS Amundsen for the first leg of a 133-day expedition across the Arctic. It’s part of a $17-million, four-year project led by the University of Manitoba that looks at both the effects of climate change as well as public health in remote communities.

Their trip began May 25 in Quebec City, but due to bad ice conditions off the coast of Newfoundland, the icebreaker was diverted from its course to help ferries and fishing boats navigate the Strait of Belle Isle, said David Barber, a climate change scientist at the University of Manitoba and leader of the Hudson Bay expedition called BaySys.

Thick, dense ice had travelled to the area down from the High Arctic, said Barber, which caused unsuspecting boats to become stuck and even take on water. … Typically when people think about climate change they think about thinning ice, but Barber points out the warming action also loosens ice and broken icebergs can travel long distances on ocean currents.