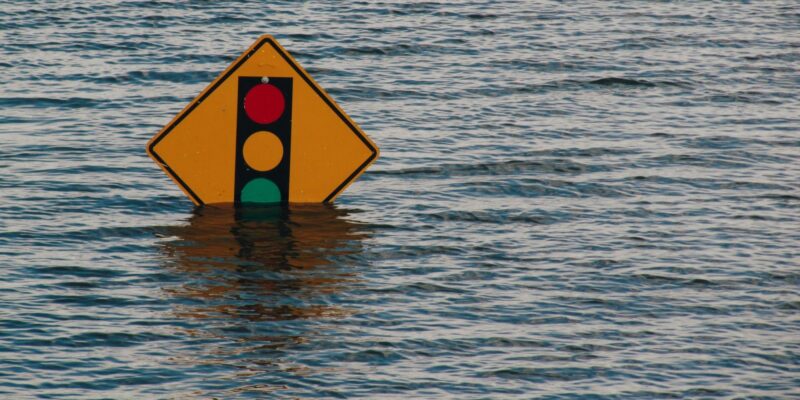 In the U.S. alone, millions of people could lose their homes

Climate change has already started displacing communities across the United States. From Alaska to Louisiana, entire towns have been affected by rising sea levels, forcing residents to move or risk death. According to scientists, this type of displacement has only just begun. A 2016 study predicts that if sea levels rise by 6 feet by the turn of the century, over 13 million Americans could be left homeless. That’s the worst-case scenario. If sea levels rise even half as much as that, there will still be 4 million people displaced from their homes in the U.S. alone.

With the U.S. pulling out of the Paris Climate Agreement, many are worried that environmental conditions will worsen and displacement from coastal areas will become an even more urgent issue. By 2100, the United Nations Intergovernmental Panel on Climate Change states that about 26 major American cities will be hit with an “emerging flooding crisis” as sea levels rise. And while the crisis would hit monuments such as the Statue of Liberty in New York, it would also affect President Trump’s Mar-a-Lago property in Florida.

Earlier this year, the entire town of Isle de Jean Charles, Louisiana had to be relocated because it was disappearing under the Mexican Gulf. In Alaska, several villages are also disappearing into the sea, and while President Obama tried to secure $400 million of aid for their relocation, the money never made it out of Congress.

With so much of the U.S. population concentrated in coastal towns and cities, it begs the question: If the government will not commit to combatting climate change, is it prepared to relocate millions of people?