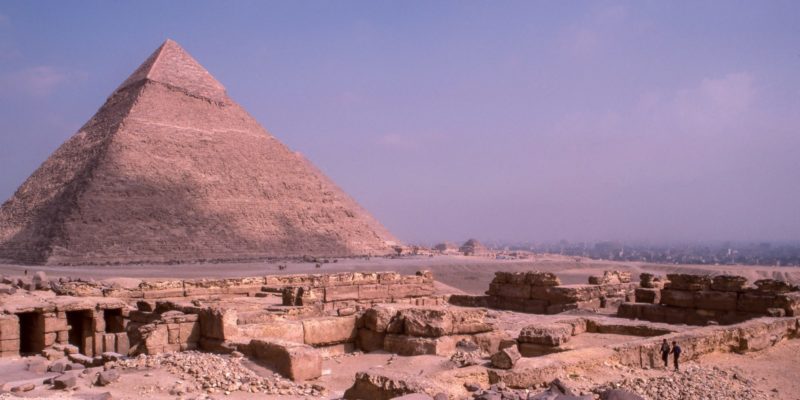 The consequent drought and famine led to political unrest

As climate change exacerbates natural disasters and compromises national (and international) security today, we may have a surprising precedent to look to — Ancient Egypt. The empire may have fallen because of climate change-induced political unrest. As volcanic eruptions reduced summer floodwaters, there was less water available for farming which in turn led to famine that sparked the protests against the empire.

Here’s the catch, 70 percent of the world currently lives in conditions where history could repeat itself this way:

The new study paints a picture of the ancient civilisation riven by droughts and disasters. It looked at the impact of the severe events of ancient Egypt, finding that they caused stress on its economy and ability to fight wars.

In doing so, the research threatens to completely upend our understanding of the effects of climate change on early societies, according to the researchers behind it. Around 70 per cent of the world currently lives in regions that similarly rely on monsoons for their crops – and could fall victim to the same troubles.

“Ancient Egyptians depended almost exclusively on Nile summer flooding brought by the summer monsoon in east Africa to grow their crops,” said Joseph Manning, lead author on the paper and the William K & Marilyn Milton Simpson professor of history and classics at Yale, in a statement. “In years influenced by volcanic eruptions, Nile flooding was generally diminished, leading to social stress that could trigger unrest and have other political and economic consequences.”