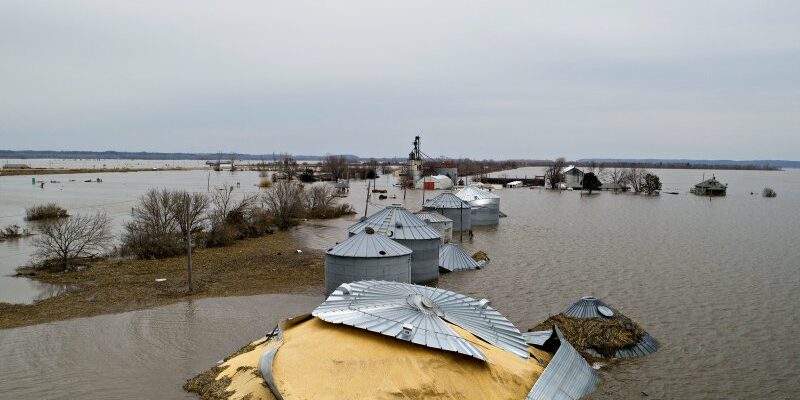 Climate change an issue in Iowa

How Climate Change in Iowa is Changing U.S. Politics

Kamala Harris is trying not to step in it. As the California Senator turned presidential candidate tours a beef-and-produce farm in south-central Iowa on Aug. 11, a crouching campaign aide carefully walks a few feet ahead, pointing out the cow droppings littering the grass. The farmer strolling next to Harris, a bespectacled 49-year-old named Matt Russell, wants to talk about climate change. “Farmers and rural Americans, that’s who’s going to solve this,” Russell says to Harris as the two stroll accompanied by a bevy of cameras in front of his red barn. “We have the land for renewable energy, and we have the farming systems to sequester carbon.”

The trip to Russell’s 110-acre farm is becoming a habit for the Democratic candidates for President. Ohio Representative Tim Ryan visited before launching his campaign, and former Texas Congressman Beto O’Rourke stopped by in June. Russell has also chatted with Minnesota Senator Amy Klobuchar and South Bend, Ind., Mayor Pete Buttigieg elsewhere, and hopped on the phone with staffers for Massachusetts Senator Elizabeth Warren and former Vice President Joe Biden, among others. But he’s hardly the only Iowan giving candidates an earful on climate change.

Read the full story on: Times