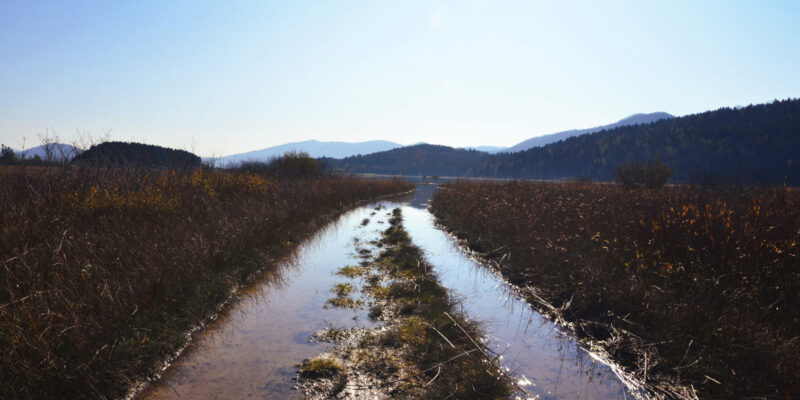 I Can’t Believe It’s Not Nature!

Irrigation from agriculture has produced thousands of acres of wetlands that have become habitats for birds, such as geese and great egrets. In California, they helped to bring back the black rail, a species of bird that had almost disappeared completely from the state.

More details on these wetlands:

Van Schmidt’s study took place in the foothills of California’s Sierra Nevada Mountains, where they found that irrigation has produced more than 1,660 acres of wetlands. The irrigation mostly supports pasture for livestock, but a small portion also creates rice fields. Sacramento Valley rice fields have previously been shown to create important—if imperfect—habitats for migrating birds such as ducks, geese, and great egrets.

In the Sierra Nevada foothills, the new wetlands have helped to create a stable population of another bird species, a small robin-size species called the black rail. Often referred to as the “most secretive bird in America” because of its reclusive nature and nocturnal habits, the species has all but disappeared from California’s now-gone coastal wetlands.

Van Schmidt and fellow researcher Steven Beissinger, also from U.C. Berkeley, found that about two-thirds of the wetlands helping black rails to survive in the Sierra Nevada foothills are entirely spawned by irrigation.

Elphick says these artificial wetlands haven’t received enough research focus, “because they’re not quote-unquote ‘natural.’ ” What we do know, he said, is that “they certainly don’t provide habitat for every species, but for a lot of things, they can be really important habitats.”