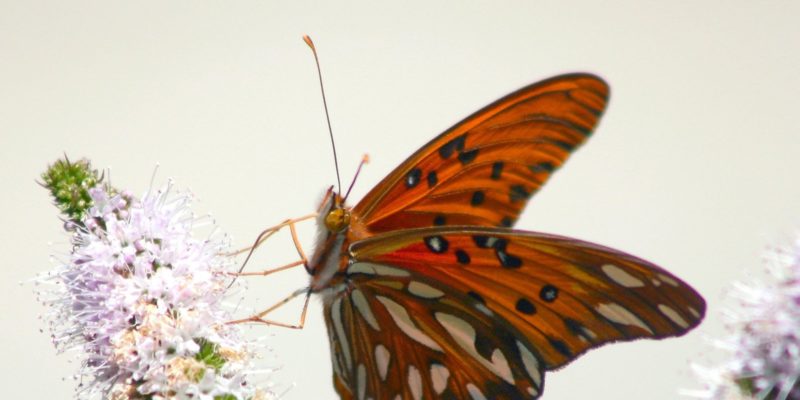 Butterfly Sanctuary at Risk Because of Border Wall

Major butterfly center at risk of being bulldozed for Trump's wall.

While the border wall debate is often a topic of immigration, recent reports reveal how Trump’s border wall could impact the environment. One such example is at the National Butterfly Center in Mission, Texas, which is considered one of America’s foremost butterfly sanctuaries. Home to more than 200 different butterfly species, the national butterfly sanctuary is now at risk of being demolished because of construction for the wall according to The Guardian.

As The Guardian reports, “The US Supreme Court issued a ruling allowing the Trump administration to waive 28 federal laws, including the Endangered Species Act and the Clean Air Act, and begin construction on 33 new miles of border wall in the heart of the valley – and right through the butterfly center.” These findings, plus other recent articles, call into question the environmental impact of the border wall. Just last week, for example, The Washington Post stated how the Interior Department had downplayed wildlife concerns presented by government scientists.

The Guardian shares more, including quotes from the center’s director, Marianna Wright:

“Environmental tourism contributes more than $450m to Hidalgo and Starr counties,” said Wright, referring to the adjacent counties in the valley. “Many of the properties people choose to visit to see birds, butterflies and threatened and endangered species are all going to be behind the border wall. For us, the economic impact is potentially catastrophic.”

“Walls have fragmented our habitat,” said Scott Nicol, co-chair of the Sierra Club Borderland team. The various patches of land that provide refuge for these animals will become “less viable, with less and less places for them to go”.

With construction of the wall due to begin in February, people like Nicol fear that the barrier will not only destroy habitat and undermine ecotourism but also lead to an increasingly deadly border as undocumented immigrants are pushed further and further into marginal and dangerous areas.

You can read the full story on The Guardian.