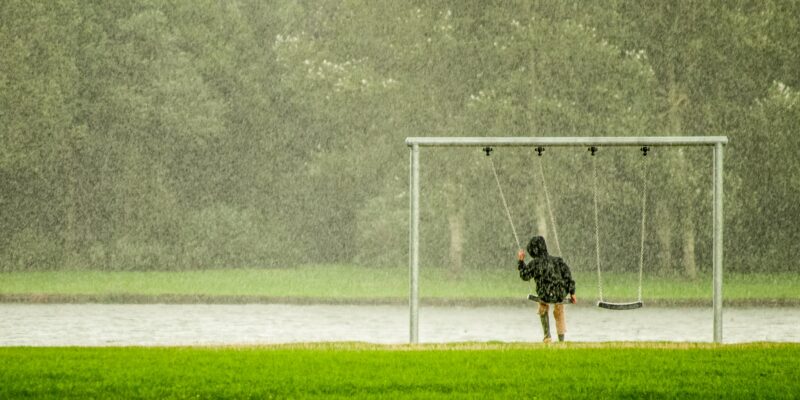 Brace for the Other Big One

When it rains, it pours.

San Franciscans and Angelenos are constantly bracing themselves for The Big One—the next earthquake of a magnitude of 7 or higher. But as a new study in Nature Climate Change points out, Californians should be worrying about an equally destructive possibility: the next megaflood.

In 1861, historic rain and snowfall in California caused such devastation that thousands of people died and the state went bankrupt. Scientists say California can expect another, similar flood in the not-too-distant future. Worse still, climate change means that these 200-year storms are poised to become 50-year events. City planners can minimize the destruction with novel water storage techniques, but they have to act sooner than later. Wired reports:

In December 1861, as a California drought was wearing into its fifth year, farmers on the West Coast were all asking for one thing for Christmas: rain. And boy did they get it. For 43 days rain and snow fell across the state, causing rivers to surge their banks, turning the 300-mile long, 20-mile-wide Central Valley into an ice-cold inland sea. LA got 66 inches. So deep were Sacramento’s floodwaters that the capital had to be relocated to San Francisco. With a quarter of the economy underwater the state was forced into bankruptcy. Thousands of people died. It was the most violent flooding California had ever seen, and no storms have come close to topping it since.

Soil cores and climate models tell scientists that megafloods like this one have happened about once every 200 years. Which, if you’re doing the math, means the state is due. That’s not the bad news. The bad news is that by the middle of the century, a megaflood could be striking California every couple of decades.