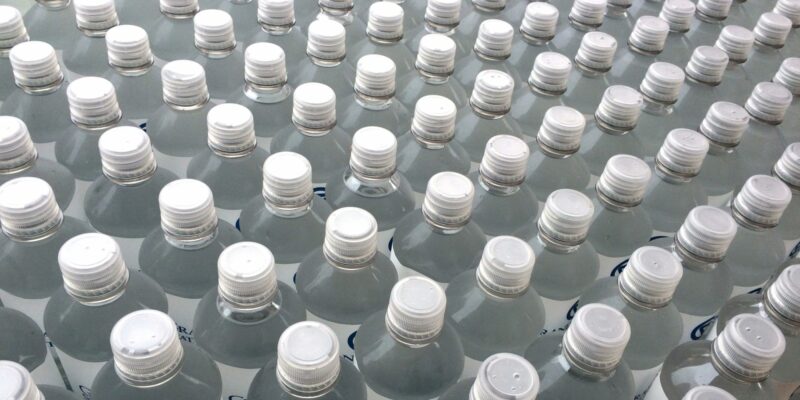 Bottle Down the Hatches!

The newest idea in sustainable housing lies in plastic bottles

New Zealand is known for its amazing diversity of stunning landscapes, from rolling green hills, breathtaking fjords and majestic mountains. Soon they’ll be a new kind of structure to marvel at—a group of South Auckland high schoolers are planning to build a greenhouse structure out of plastic bottles.

They recently shared their ideas with Science and Innovation Minister Steven Joyce:

People who one day find themselves living in a plastic house may have school students to thank. The students told Joyce they plan to build a greenhouse using plastic bottles to serve as an example of what can be done with objects commonly thought of as rubbish.

“We want to help people in South Auckland and New Zealand,” they say. “We thought about the earthquakes in Christchurch and Auckland’s housing crisis.

“Temporary homes can be made from waste and recycling materials.” The students say it takes up to 500 years for plastic bottles to degrade and that plastic makes up 10 per cent of all human waste.

They plan to start constructing the greenhouse in October. It will sit on their disused outdoor volleyball court near the school’s reception area. They’ve collected 200 bottles and calculate they’ll need about 25,000 to build it.

The students say they want to show the community how recyclable materials can be used for temporary housing, which will also help the environment.

A large amount of plastic is not recycled and ends up in the ocean, they say. “It doesn’t degrade quickly and breaks down into microplastic.” The material can then cause the death of wildlife.

Joyce says the Government wants to inspire more school pupils to study science and engineering subjects.”You can’t do all this research and development without the right talent,” he says. “Science is the study of how things work and engineering is the study of how to make things. “The funny thing is that kids are born curious and when they grow up they lose a bit of that.”

Joyce says it’s “semantics” to describe Auckland’s housing situation as a crisis, as the students did in their presentation to him. “We like to think we’re in the middle of the biggest building boom New Zealand has ever seen. The Opposition calls everything a crisis.”