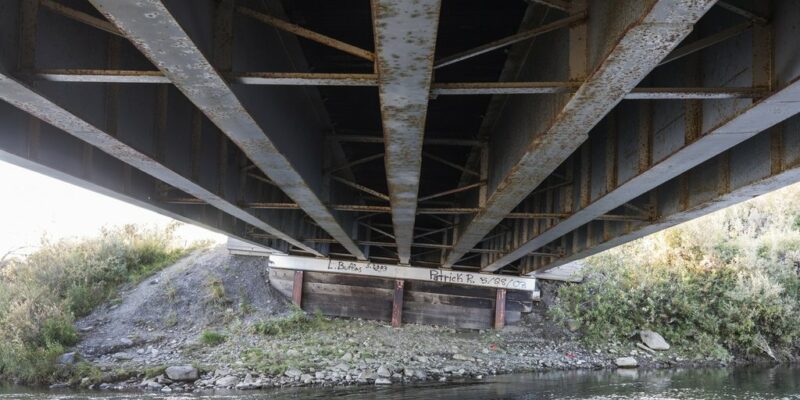 An unpaved highway runs north out of Nome, carving through more than 70 lonely miles of tundra before dead-ending at this Inupiaq village.

Maintenance crews keep the route open during the summer months. The work has become increasingly costly as a layer of ice and frozen dirt under the road softens into soggy muck, and stretches of road bed crack and collapse.

“There is so much melting. We just keep having to haul in gravel,” said Calvin Schaeffer, of the Alaska state Department of Transportation.

Alaska’s permafrost is under assault from a warming climate, and it’s happening a lot faster than anticipated. Hillside slopes have liquefied, unleashing slides that end up as muddy deltas in salmon streams. The ground under the Nome airport runway — key to linking the community to the outside world — has thawed, requiring costly patches. And during the hottest July on record, a sinkhole 14 feet deep opened along a main roadway in the city.