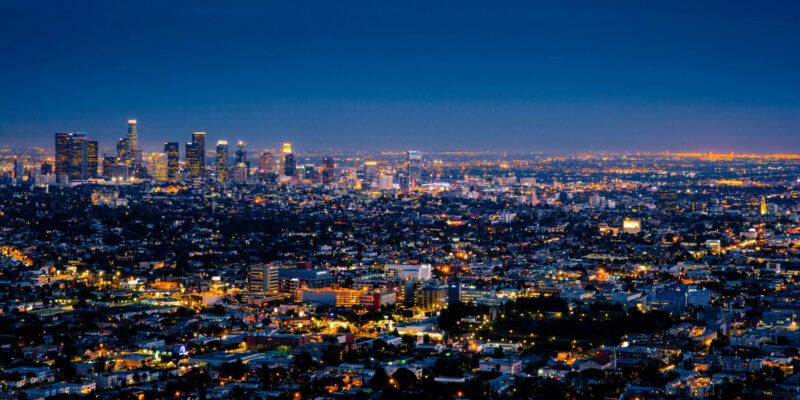 Leonardo DiCaprio is always at the forefront of environmentalism, but he’s got this one wrong- density is actually better for the environment. The Oscar-winning actor showed his support for a Los Angeles ballot measure against taller buildings in the city. However, a denser city means that there will less distance travelled between places, lessening greenhouse gas emissions from cars, which is particularly important in light of the fact that the fastest growing contributor to these emissions is transportation.

Here is the full argument for more city development:

DiCaprio’s name had made headlines for another reason. He was listed as one of several “concerned Angelenos” endorsing the Neighborhood Integrity Initiative, a ballot measure that would cripple LA’s efforts to grow denser and more vertical. The initiative grew out of opposition to taller buildings and transit-oriented development in Hollywood.

DiCaprio appears to be oblivious to how the anti-density movement is making the “defining crisis of our time”—climate change—worse.

The fastest growing contributor to the types of emissions that are causing the planet to warm is no longer power plants. It’s transportation.

Americans are buying more cars and driving more than ever. Electric vehicles (while growing in popularity) still only make up one percent of all cars on the road. And even then, virtually all those cars are still powered by fossil fuels.

So, quite literally, the single best thing that a city can do for the planet is locate destinations—houses, jobs, grocery stores, schools—closer together so its residents expend less time, less money, and fewer fossil fuels traveling among them.

That’s how LA needs to think about density—as a long-term solution for climate change that will also deliver short-term social and economic benefits.

The DiCaprio-supported Neighborhood Integrity Initiative, which will be on LA city’s ballot in March, is calling for a two-year building moratorium to suppress “luxury megaprojects” citywide—specifically targeting high-rise towers and development located near transit.

It’s not just ballot measures promoting this mindset: The nonprofit Fix the City routinely fights for shorter buildings,bigger parking lots, and more car-centric infrastructure. And one lawyer, with a handful of homeowners, has halted a variety of projects throughout the city specifically because of their “densifying” attributes.

Restricting building height and planning for cars goes against everything that environmental leaders and sustainability experts have been saying for decades: If you’re erecting a multi-use structure in a dense, transit-accessible neighborhood with centralized freight delivery systems, the environmental impact of that structure is lessened significantly over time.