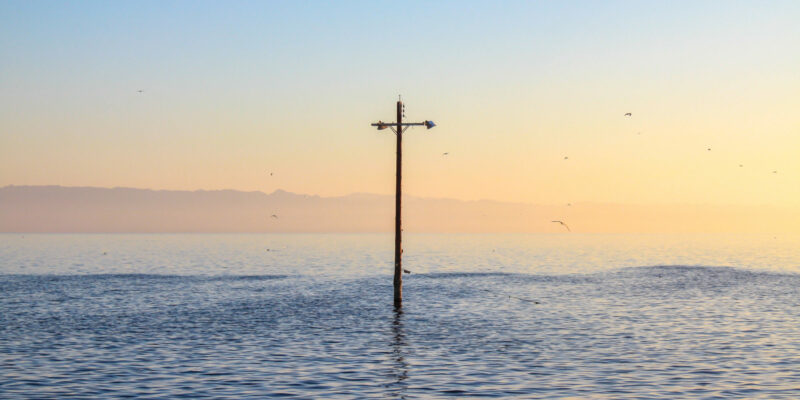 Louisiana is relocating a community threatened by climate change—and they won’t be the last that will need to move to higher ground. As water levels rise due to global warming, more and more communities will be displaced to avoid being flooded. In the meantime, this island off of Louisiana is being used as a testing site of different methods of resettlement.

Here are the specifics of the situation on this island:

Isle de Jean Charles, Louisiana, a small coastal island in the Gulf of Mexico, is currently the site of a far-reaching experiment that may shape how the government, at every level, thinks about one of the looming issues of climate change: resettlement. With flooding threatening many parts of the coast, including massive population centers, the question of how the government manages the relocation of its citizens, as well as landmarks and historic sites, takes on added urgency.

The island, which has lost 98 percent of its landmass to flooding since 1955, became a testing ground for new approaches to resettlement due to the $1 billion National Disaster Resilience Competition, a government contest that funded 13 test programs across the nation. Louisiana’s $52 million grant will help pay for a voluntary relocation and resettlement plan for those living on the vanishing island, an unprecedented move.

The 400 residents directly affected by the rising seas around Isle de Jean Charles are mostly Native American members of the Biloxi-Chitimacha-Choctaw tribe (as well as some members of the United Houma Nation, and unaffiliated Native Americans). While the first priority is to get everyone out of harm’s way—they will potentially be resettled inland at a site in nearby Houma, Louisiana—the relocation must also address the bigger questions of community design, ownership, and what happens to the island being left behind. Many have tossed around the term “climate refugees,” but the state prefers to think of this move as an “organized, reasoned retreat from a coast that is going away,” according to the Louisiana Disaster Recovery Unit.

The process of determining how, and exactly where, that move will happen, and how the island will be preserved, is still being figured out. Funds have been allocated until 2022, and while state leaders don’t expect it to take that long, the extended timeline reflects the difficulties ahead.

“Our work is to make sure those whose properties are in the pathways of this environmental degradation can have a brighter future,” says Matthew Sanders, Policy Advisor for the state’s Office of Community Development.

Curbed spoke with Sanders and Pat Forbes, Executive Director of the Louisiana Office of Community Development, to learn how state planners are formulating a plan that could become a blueprint for coastal communities across the country, one that maintains connections to the water, yet recognizes its power to displace and disrupt.