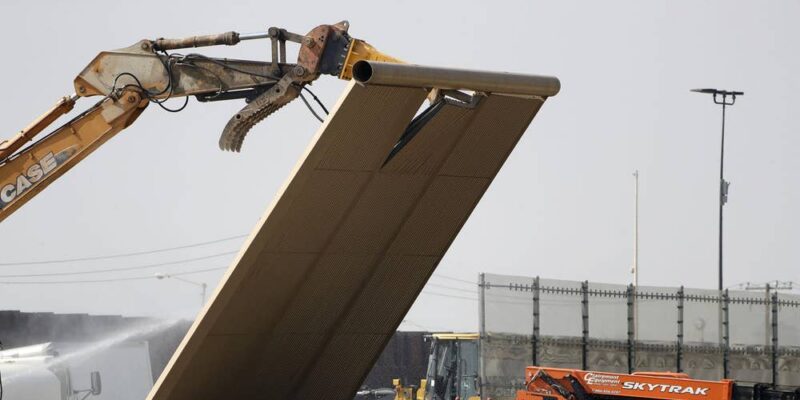 And the Wall Fell Down

Mexicali police have confirmed with News 11 that a portion of the new border wall fell on the Mexico side of the border, landing on several trees.

Police said it happened a little before 12 p.m. local time. A portion of the wall landed on the trees, preventing it from hitting the ground. It runs about 130 feet in length.

Agent Carlos Pitones of the Customs and Border Patrol sector in El Centro, California, told CNN that the sections that gave way had recently been set in a new concrete foundation in Calexico, California. The concrete had not yet cured, according to Pitones, and the wall panels were unable to withstand the windy conditions.

No word on any damages or injuries at this time.

The wall was being worked on as part of the new border wall project launched by President Donald Trump.