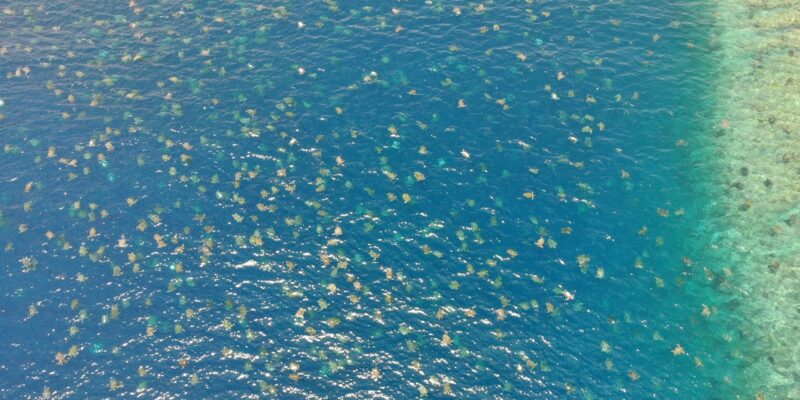 An Armada of Turtles

Newly released drone footage shows thousands of endangered green sea turtles swimming ashore to nest on Raine Island — a coral cay on the outer edges of Australia’s Great Barrier Reef. Researchers counted about 64,000 turtles over the course of the nesting season — more three times the number tallied in each of the past two years. Scientists attribute the increase to “expanded conservation efforts and fishing moratoriums” along with the use of drones to more accurately count the turtles. “When we compared drone counts to observer counts we found that we had underestimated the numbers in the past by a factor 1.73.”