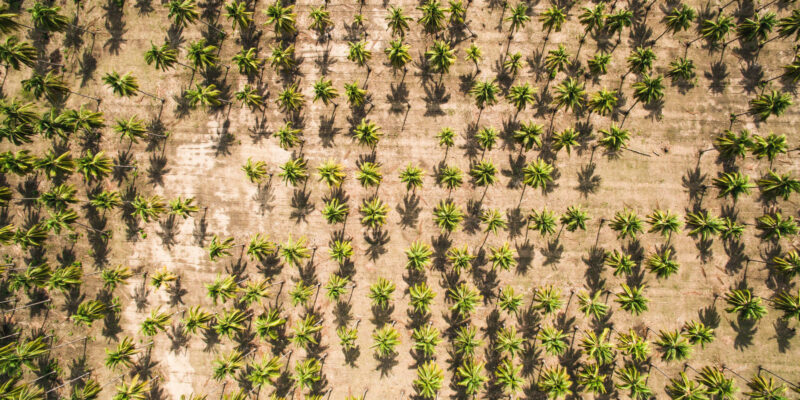 Understanding and cataloging crop genetics is increasingly becoming a necessity to scientists and farmers, who fear climate change will result in food shortages in the near future.

One out of every six people in the United States already faces food insecurity. The global population is slated to reach 9.1 billion by 2050, and the Food and Agricultural Organization of the United Nations says that global production will have to increase by 70 percent. As the majority of arable land is already in use, humans are getting smarter with production, as well as marketing.

In the 1990s, genetically modified foods began hitting grocery shelves, but consumers were resistant to buying many of the products. But GMOs didn’t go away, and now make up the majority of staple crops for livestock and cotton for clothing. As technology has improved, genomic editing and genomic selection are now allowing scientists to tweak individual DNA “letters,” to alter plants’ ability to thrive in previously perilous climates. Companies are hopeful that the public will be more open to consuming the products created through these less invasive technologies.

For example, DuPont and Syngenta were able to develop drought-tolerant strains of maize using the gene editing technology. From Brazil to Kenya to the United States, many farmers have experienced droughts in the last decade. This stands in contrast to other parts of the U.S. where the climate seems to be getting warmer and wetter. In the breadbasket of America, many farmers are being forced to shift to the production of corn as weather patterns shift. Genetic alterations that allow wheat to grow in increasingly wet weather could help to keep the wheat staple in the north, while escalating productivity.

Mark Tester, a professor with the King Abdullah University of Science and Technology in Thuwal, Saudi Arabia, recently provided the whole genome sequencing of the quinoa plant. With slight alterations, quinoa could be grown in brackish soil, expanding its ability to be cultivated worldwide. Known as a “superfood,” some scientists are seeing this Incan staple as the crop that might help feed the world.

With expanding gene catalogues, farmers could do what they have done best for the past twelve thousand years—select the variety of plant best suited to the climate. Only now, farmers will have more information and methods to combat climate change and plant for an increasingly more extreme world.