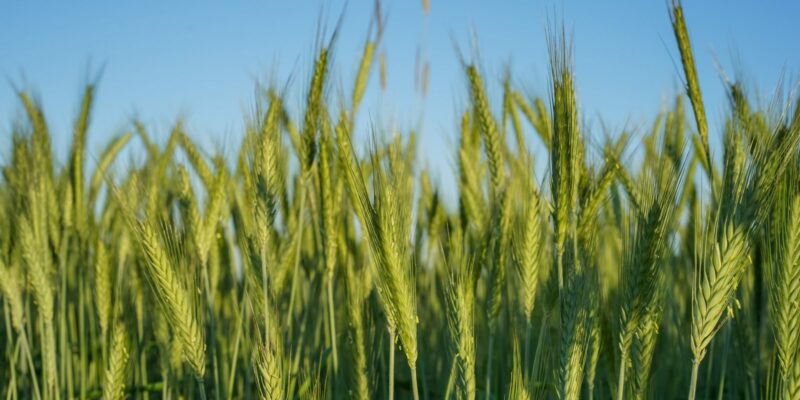 Good for smoothies, bad for agriculture

Once planted to preserve soil cover in the West, crested wheatgrass is now more of a nuisance than a help. This species of wheatgrass has driven out native species and does not provide livestock benefits, which is why the Bureau of Land Management has launched a program to get rid of it.

So far, the program has been a success, which is described in more detail here:

Those immigrants, different strains of crested wheatgrass, were planted to preserve soils and provide food for livestock on more than 26 million acres.

Motivated to create better habitat for greater sage grouse, over the last couple of years in northeastern Montana the Bureau of Land Management has become one of the latest groups to experiment with removing crested wheatgrass and restoring native species.

Crested wheatgrass was introduced across the West by the Department of Agriculture around 1906, with the big plantings in Montana occurring in the 1930s as homesteaders abandoned their lands in the Great Depression. The plant is a native bunchgrass from Russia and Siberia, where it became well adapted to the similarly dry, cold climate of North America’s prairies.

The bunchgrass is valued because it grows quickly and protects soil from erosion, which is why it has been used in restoration work. The grass can be grazed in the spring and fall, but is unpalatable to livestock in the summer. It’s also so productive and protective of its space that it often creates a monoculture, blocking natives from re-establishing.

The Alberta Fish and Game noted in its publication on the grass that, “Crested wheatgrass is an extremely competitive grass species that has the ability to out compete many of our native grass species, and as such is threatening the biodiversity of our prairie ecosystem.”

“It’s persisted now for 80 years,” said Pat Gunderson, field manager for the BLM’s Glasgow office. “It’s essentially a monoculture that never really gets grazed off. It provides minimal wildlife and livestock benefits unless it’s grazed in the spring.”

To improve habitat for sage grouse, in spring 2014 Guevara oversaw a prescribed burn on the 375-acre Tomato Can Unit as a test project.

It was then sprayed with herbicide once the crested wheatgrass was partially grown and sprayed a second time the following spring, according to Jonathan Moor, a BLM information officer. The area was seeded with a native grass mixture using a no-till method during the fall of 2015, he added. Once seeded, project units are rested from grazing for two years to allow newly seeded native plants to grow.

Given the success of its first project the Glasgow BLM office has decided to expand the experiment to other lands. The 600-acre Mooney Coulee and 430-acre North Tomato Can Units will be seeded with a native grass mixture this fall. The areas were treated with prescribed fire and herbicide in 2015, according to Moor. A second herbicide treatment was applied this past spring. By the end of 2017 a total of 2,000 acres will have been converted from crested wheatgrass to native grasses, he said.