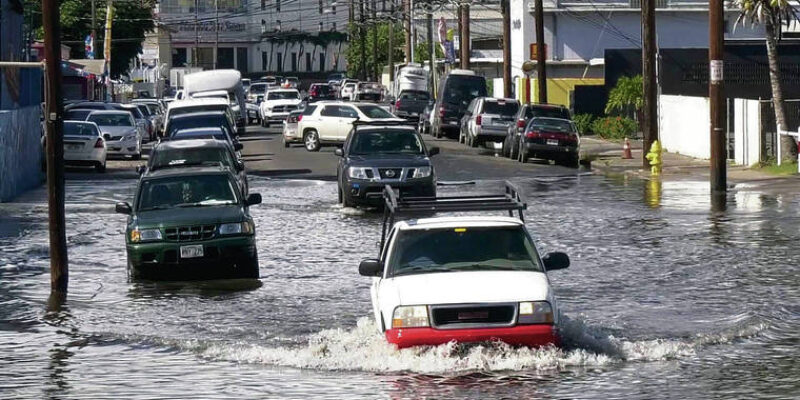 Honolulu under triple threat of flooding as sea level rises

Honolulu faces an increasing threat due to sea level rise, but, surprisingly, direct flooding from ocean waves is not the city’s greatest danger. Researchers at the University of Hawaii at Manoa found “flooding that emerges from the ground, known as groundwater inundation, appears to be the greatest single threat” during the high tide events “expected to challenge urban Honolulu in the decades ahead.” As one of the study’s authors put it — “you can’t stop the flooding with seawalls.”